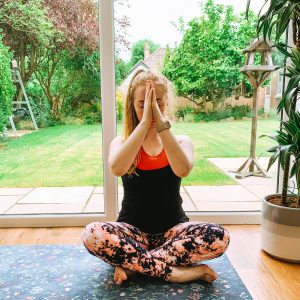 Inaugurated by the United Nations in 2014, International Yoga Day (IYD) was the culmination of a campaign led by Indian Prime Minister Modi, and so, unsurprisingly, it’s political origins have been a source of controversy in the yoga world since its inception. Yet, little has been written about the subject in mainstream yoga publications, and we are only now starting to see voices on social media which talk about the complexities of IYD.

why is international yoga day political?

IYD is seen by some as part of a Hindu nationalist agenda led by Modi and his party. According to the Wikipedia page, the date was proposed as the longest day of the year in the Northern Hemisphere, but many believe it to have been chosen as the anniversary of the death of Keshav Baliram Hedgewar, who founded the organisation RSS, a Hindu nationalist organisation.

Much of the political nature of International Yoga Day, however, has been eclipsed by the perfectly airbrushed and filtered yoga postures that fill our Instagram feeds on this day, as well as the many yoga-based businesses around the world who use the day as an opportunity to promote their industry.

should we celebrate the day?

For me, it’s conflicting, because I do feel passionate about spreading the message of yoga, and International Yoga Day is a fantastic way to do so. But I do think it’s important to share that this is not a clear cut or apolitical subject.

In my experience of training as a yoga teacher and studying many of the foundational texts of Yoga, it is clear that a key message of Yoga is the importance of building awareness so we can make better decisions. As we become more connected to our bodies in yoga practice, we become more aware of how we feel, and so yoga is as much a mental as a physical practice.

Yoga, in my opinion, is not about escaping to the mountains to practice postures and meditation (although you are welcome to do so, if that’s your thing!) It helps us to live better in the world. To make better decisions, based on awareness, rather than instinctive reactions to our emotions or fears. Part of that shift toward increased awareness is looking at a situation directly, and not avoiding or ignoring parts of our experience that we don’t like.

Accepting all aspects of our experience means also accepting contradictions. Two opposites can both be true.

I can want to support the promotion of Yoga to more people around the world, without wanting to support a political cause that is well outside of my domain of expertise. As a yoga teacher, I would never claim to know the ins and outs of Indian politics, but equally I cannot wholeheartedly promote International Yoga Day whilst maintaining political neutrality.

the importance of sharing yoga

There is no doubt in my mind that yoga has changed my life for the better. It has helped me better understand my life, myself and others, and brought about greater compassion and kindness in how I live my life. I care deeply about sharing these offerings with others, and so I support endeavours to promote yoga as an industry in order that more people can access and benefit from its teachings.

I wrote more about what Yoga has taught me in an essay on my teacher training, which I then published in my blog here

You may also enjoy: